Stripper on the Roof

Yup, you’re not misreading this. I’m just as shocked as you are in disbelief. Yet, there she is in my Facebook feed just as plain as day. Six-inch stilettos with gladiator straps perched on a forty-five-degree pitch.  Just another one of those WTH moments where you start to question the physics of absurdity.

But this is FL, where absurdity is law, literally. The stilettos also might better explain the hail divots in the shingles. This is merely just another step in the natural evolution of a booming roofing industry. Third-party referral services are now getting in on the action similar to a 1-800-ASK-GARY campaign. From what we’ve already learned in the Personal Injury market, the more players in the game, the more the line between ethics vs. fraud becomes blurred.

A Pimp by Any Other Name…

Now that I’ve got your attention, let’s talk about the ‘F’ word: F-R-A-U-D. In fact, the word itself has become synonymous with the word ‘hail’. And while we’re talking in the vernacular here, let’s just assume the title of ‘roofing consultant’ is just another title for ‘con artist’.

But your average homeowner wouldn’t immediately pick up on this. Who can blame them, when the Shingle Pimp is throwing out such sexy words like ‘deserve’ or ‘owed’? Even better, you’re not picking up the tab at this bachelor party.

Reality is there is a tab, a contagious STD being passed around the entire state, where every homeowner will cough up for the $1.4 Billion underwriting loss we just tallied up for 3rd Quarter. Even the clinics are closing, as just this month the largest home insurer in FL just closed its capacity in two major Central FL counties: Orange & Osceola.

Poison is the Cure

I’ve been routinely asked by both the consumer populace as well as industry professional on what I think the cure for this financial pandemic is. My answer hasn’t really waivered over the past couple of years. Reform, as in governing bodies intervening, is going to have very little impact, if any, since we are talking bug business here, and big business here in FL: 1) The Legal Industry and the 2) Construction Industry. There is simply just way too much $$$ at stake to simply outlaw the practice.

If we’ve learned anything from history is that there are 2 viable options with a proven track record. One unfortunately is that ugly word E-X-C-L-U-S-I-O-N or its less offensive cousin L-I-M-I-T-A-T-I-O-N. It worked for the rampant sinkhole fraud epidemic prevalent almost a decade ago. Today we see it curtailing inflated water claim fraud. In other words, if you can either eliminate or limit the ability of the cons to earn, you can slow down their appetite for.

The roofing industry itself is very nomadic and opportunistic. They are storm chasers. So, a more indirect second option is another major catastrophic event regionally to put the circus back on the road. Most of us don’t remember, but this already happened once on a much smaller scale in the mid-to-late 2000’s, but the winds changed direction and sent the industry scrambling throughout the rest of the SE and as far as the Midwest and New England.

Since I always like to sum up my blogs with imparting bit of departing sage wisdom: The purposeful irony of insurance is that you actually never really want to use it. Think about it, you wouldn’t set a match to fire just to use your fire coverage, because that would be arson. So, I ask you now the difference between this and dancing on the roof in stilettos? The concept of insurance is never to ‘improve’ your situation, but make you whole again as was before.

Read our blog: ‘NO…You Can’t Rebuild for That’ to learn about replacement cost and why it is vital to your policy. 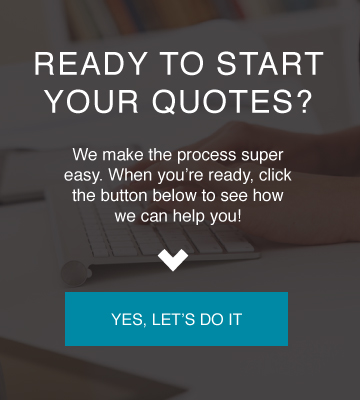